The Capitol Visitor Center remains closed. We are not taking tour reservations at this time. Please check out our video tours and other online resources.

The Senate of the United States shall be composed of two Senators from each state, elected by the people thereof, for six years; and each Senator shall have one vote. 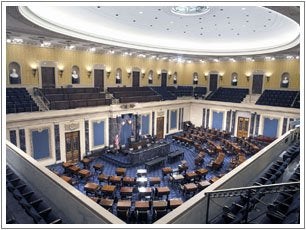