"The Senate of the United States shall be composed of two Senators from each state, elected by the people thereof, for six years; and each Senator shall have one vote." 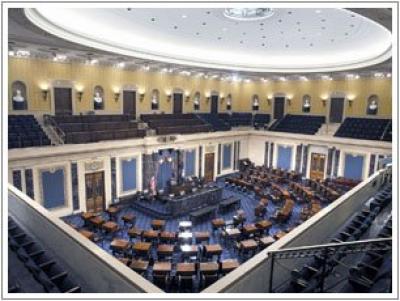