Following the War of 1812, a stronger sense of national unity emerged in the United States. As America expanded westward, however, attempts to spread slavery into those new territories seriously divided the nation.

Through a series of compromises between 1820 and 1850 that allowed slavery in some new states and not others, legislators in Congress held the Union together. But these agreements, intended to calm bitter regional divisions, didn’t end the dispute. While they bought time for the nation's new political institutions to mature and strengthen, they allowed slavery to continue for another generation. America's expansion also took a heavy toll on Native Americans, who suffered numerous broken treaties as their land was taken and much of their various cultures destroyed.

In the same period, Congress passed legislation to survey routes for roads and canals, funded improvement of rivers and harbors, and created a banking system to promote the nation's economic self-sufficiency. In Washington, the first Capitol building was completed, and then quickly outgrown, as eight new states joined the Union.

Perspective view of Enlarging, by Walter, 1850 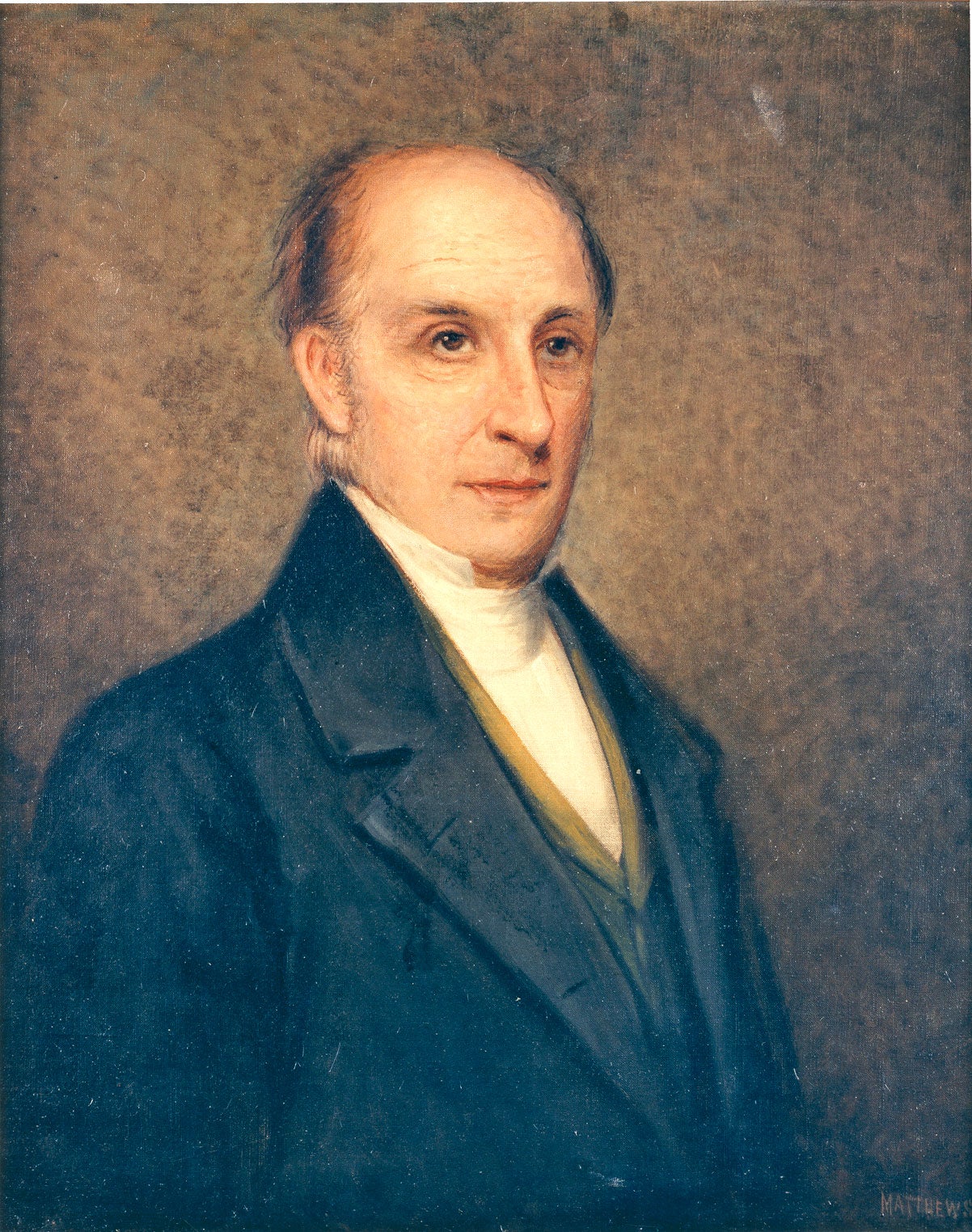 Portrait of Charles Bulfinch (detail), by George Matthews, 1931, after a drawing by Alvan Clark, 1842 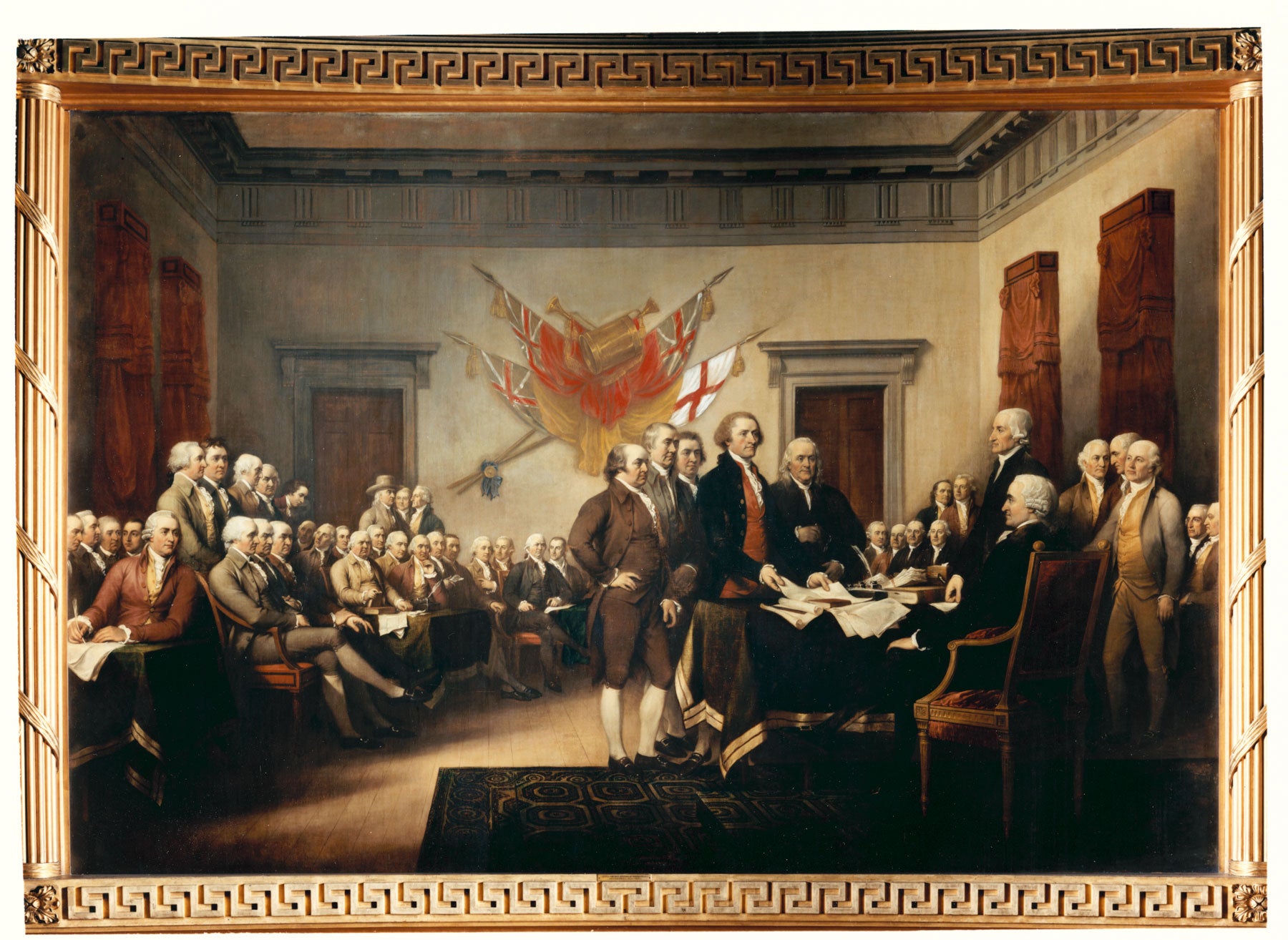 Declaration of Independence, by John Trumbull, 1819 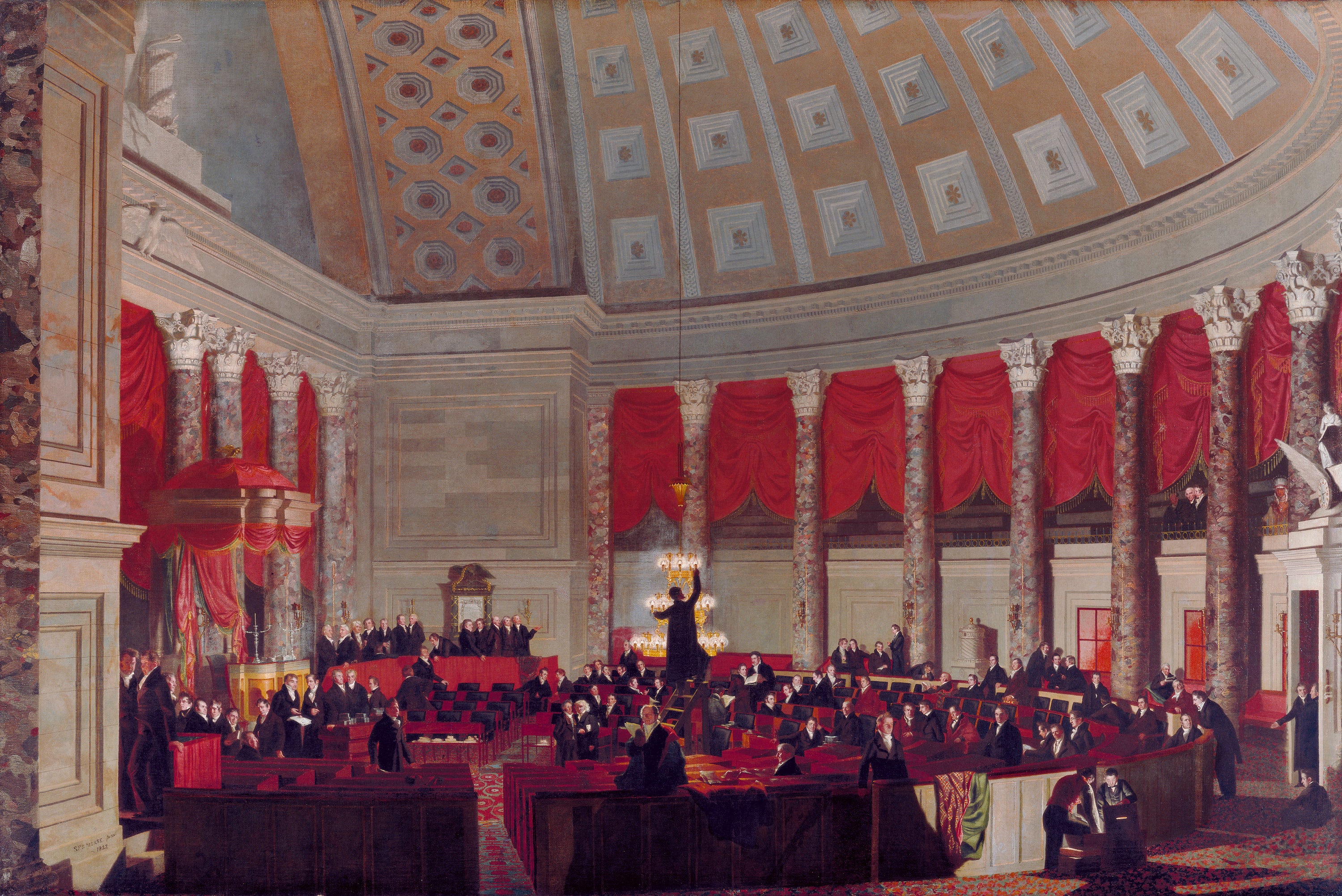 The House of Representatives, by Samuel F. B. Morse, completed 1822; probably reworked 1823 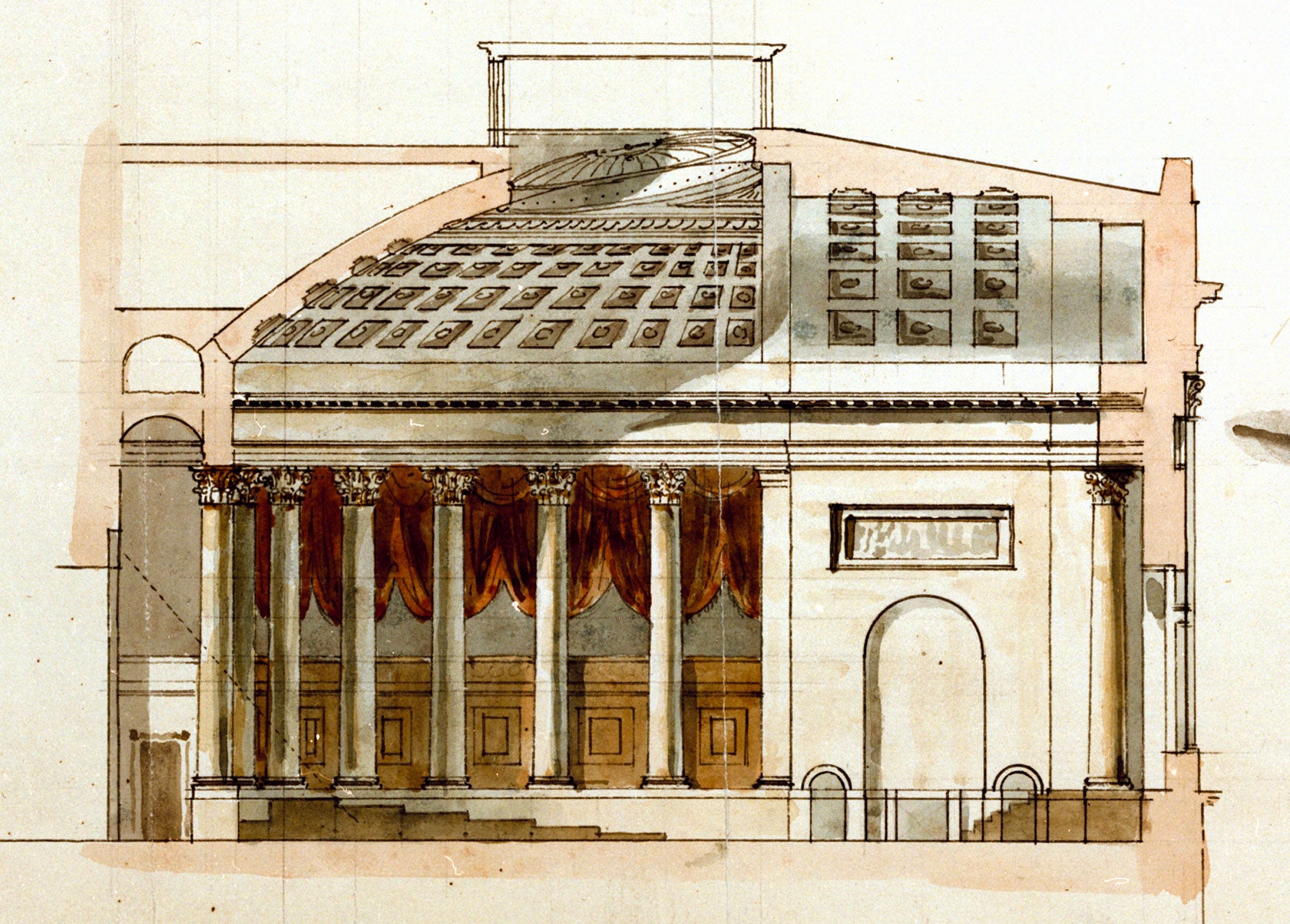 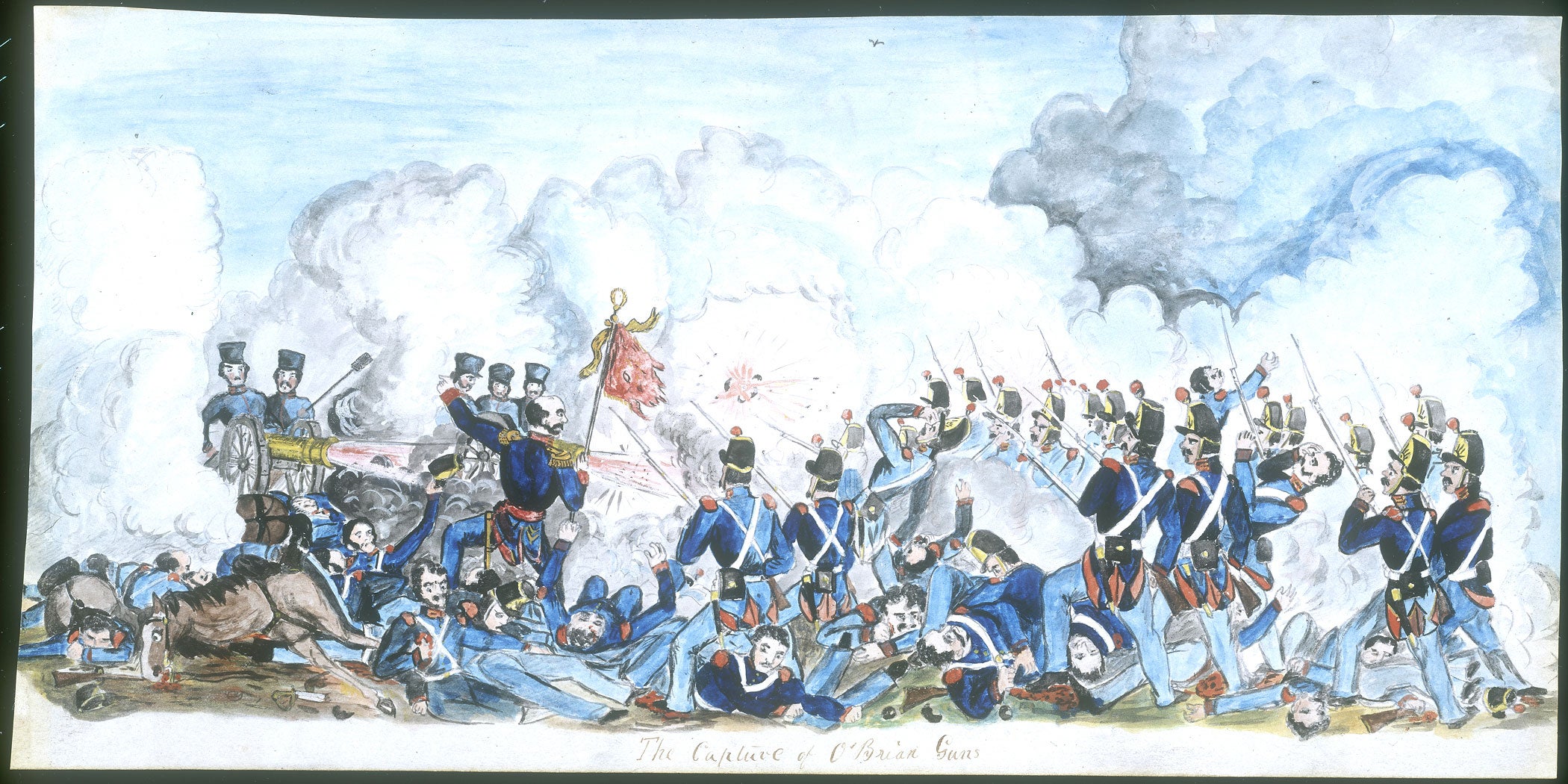 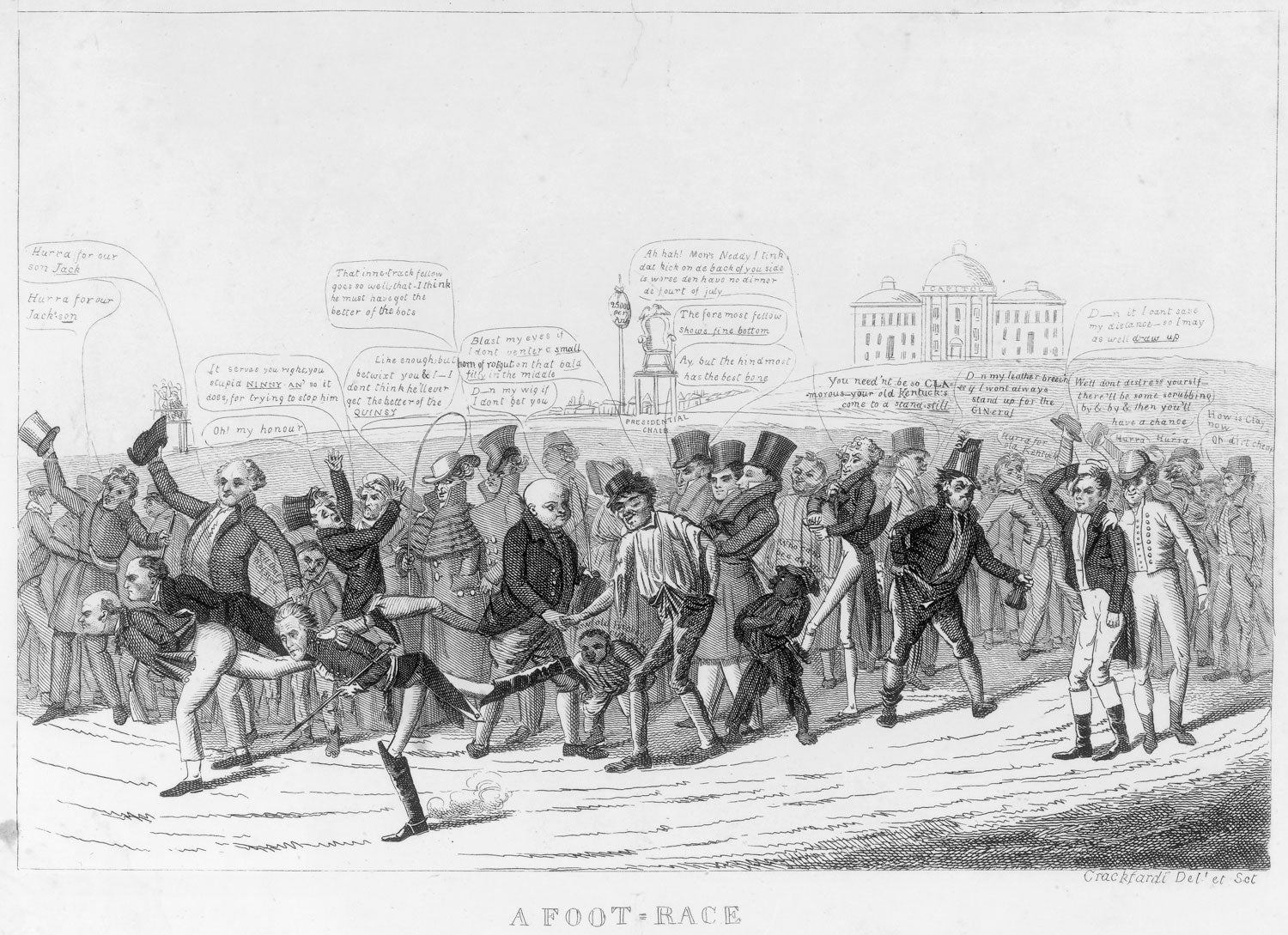 A Footrace, by David Claypoole Johnson, 1824 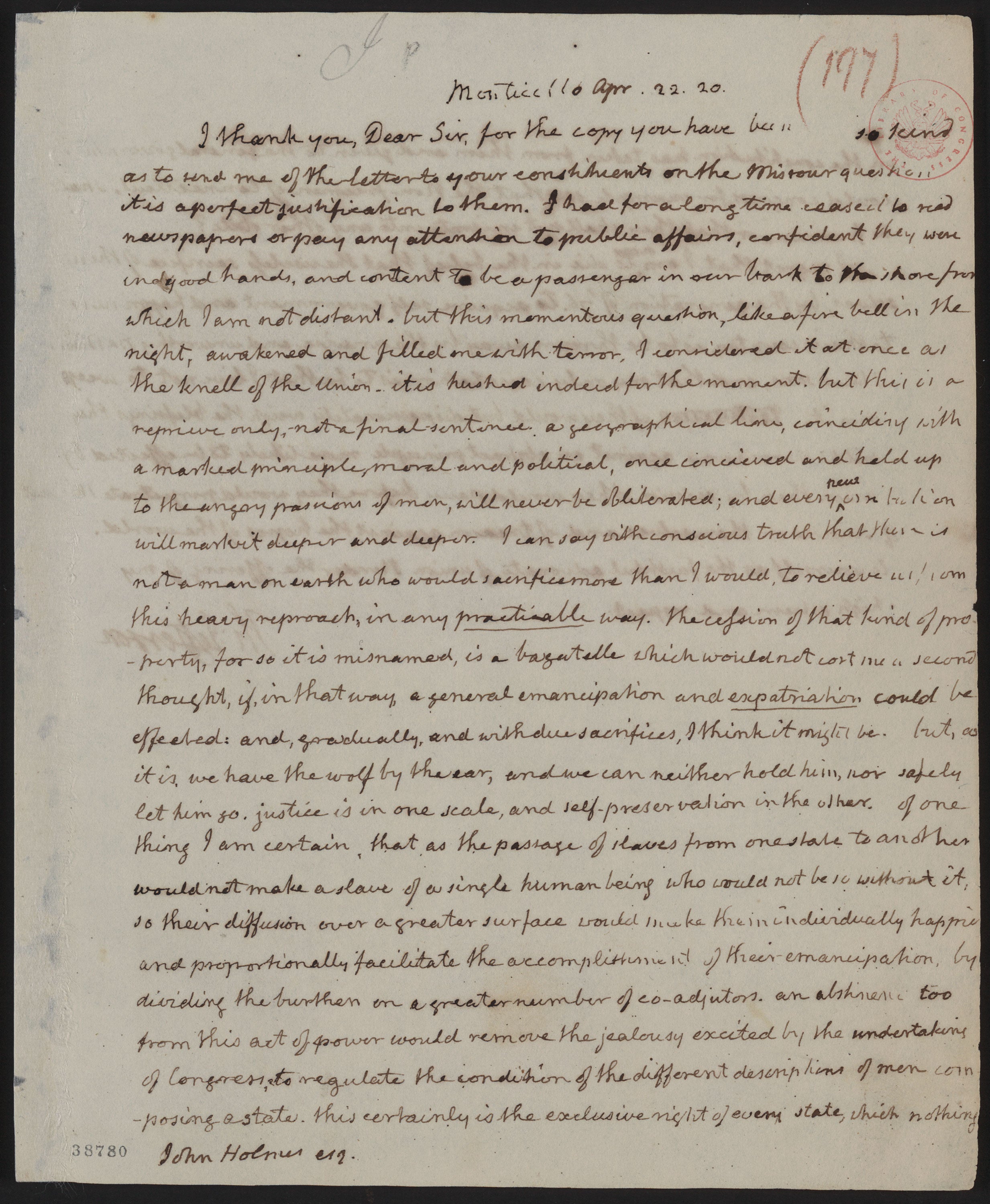 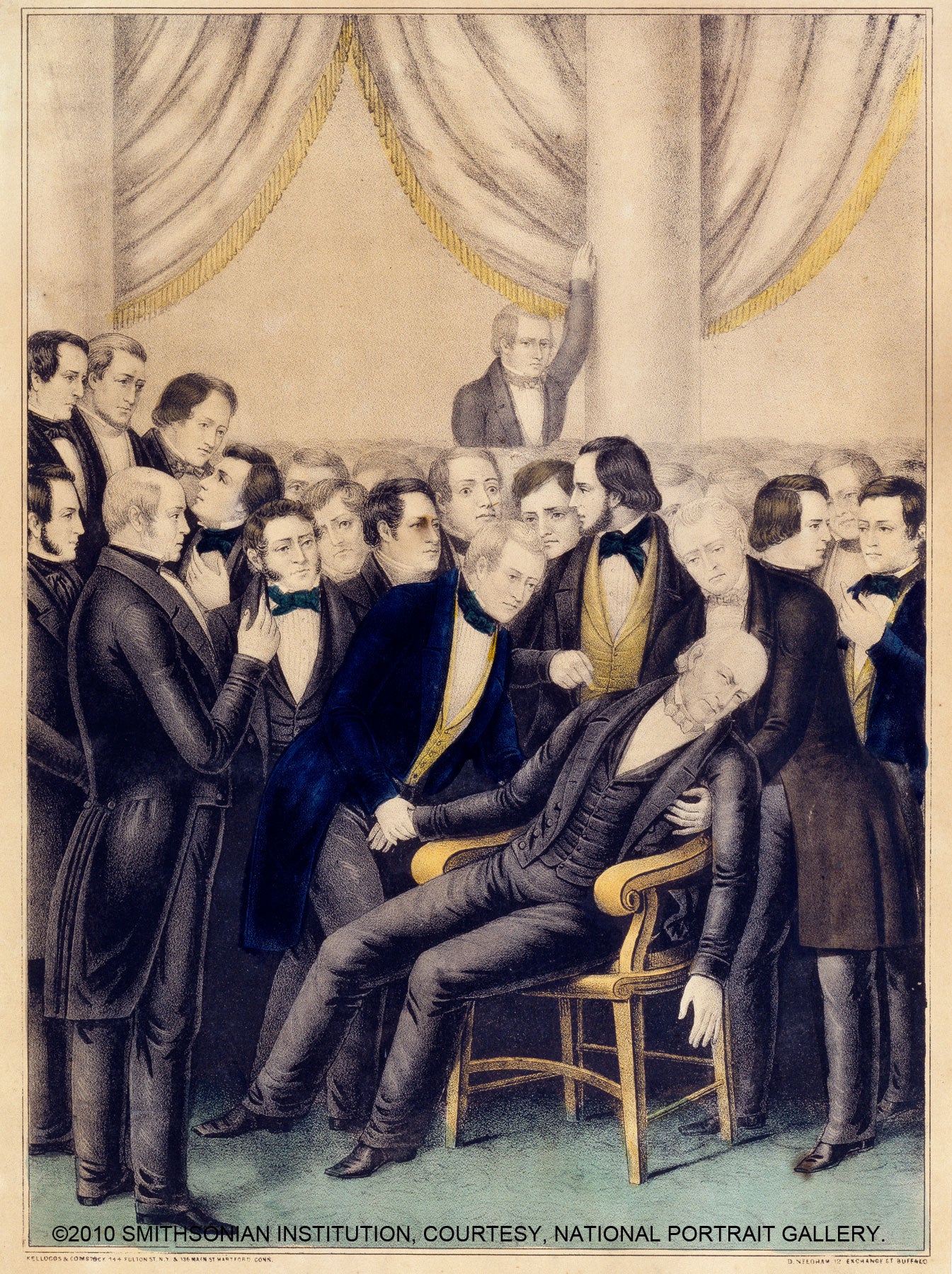 John Quincy Adams Seized with a Fit in the House of Representatives, Kelloggs and Comstock lithography, ca. 1848-1850 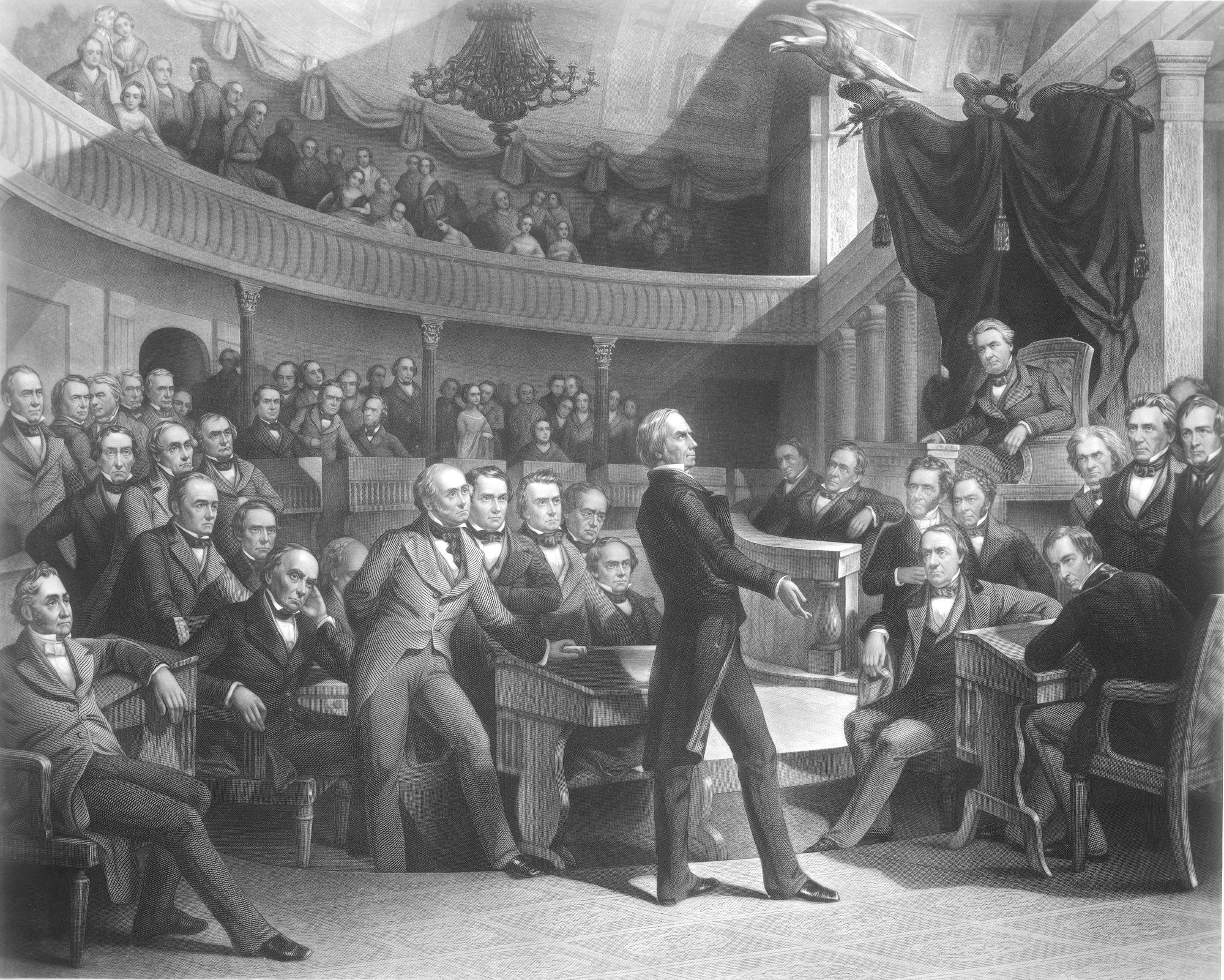 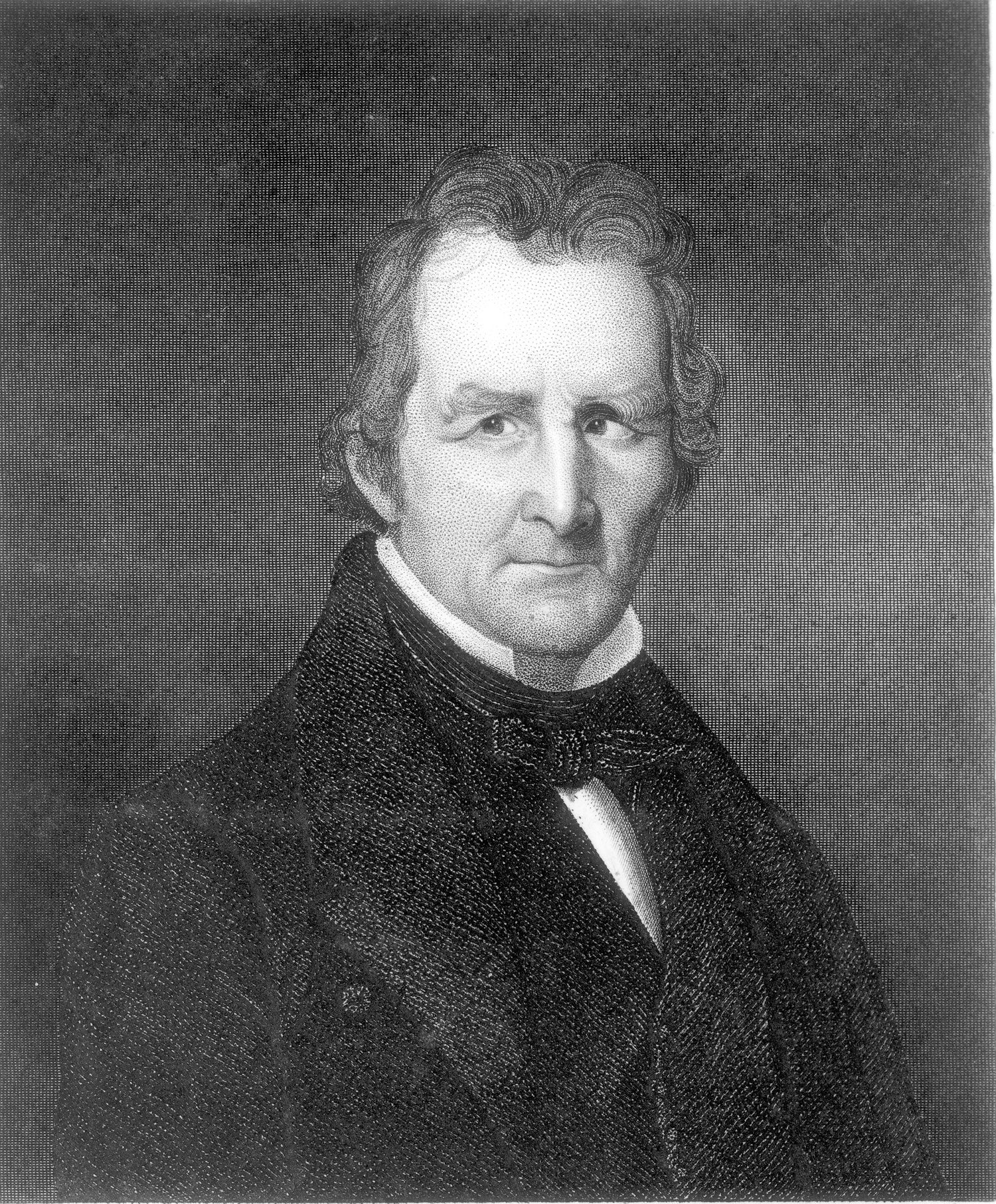 Benjamin Tappan, by P. E. Reason, after a painting by Blanchard, 1840 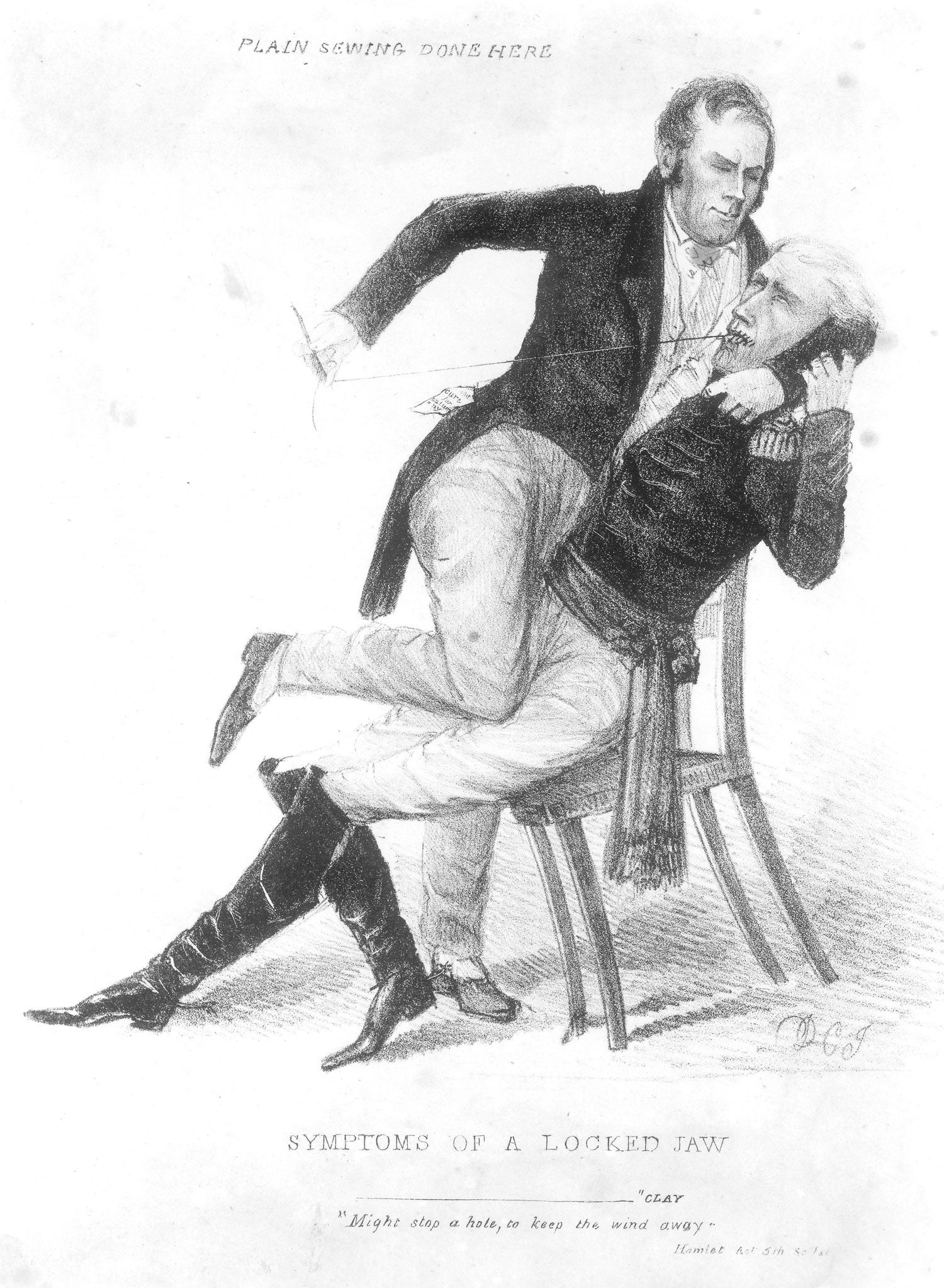 Symptoms of a Locked Jaw, by David Johnston, 1834 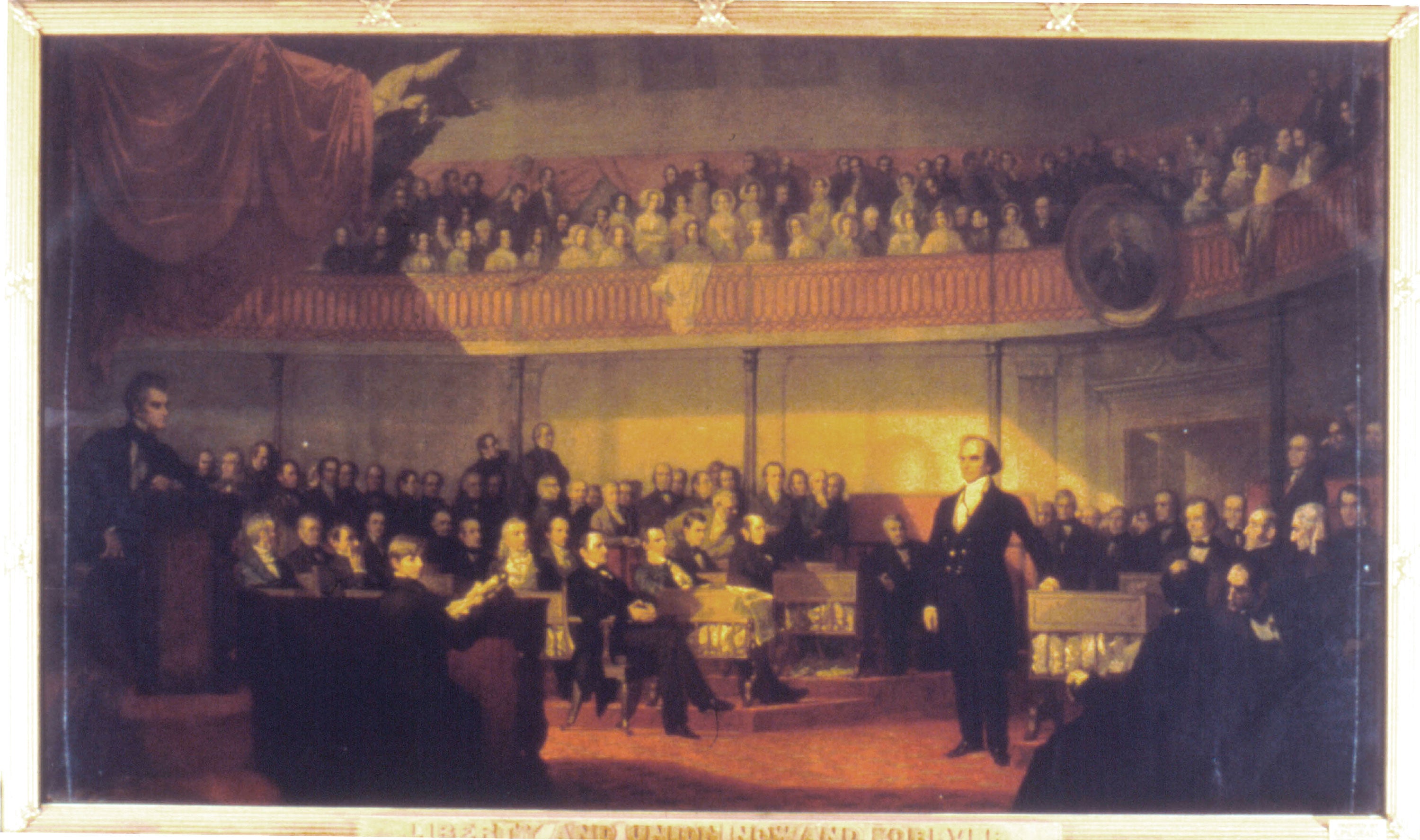 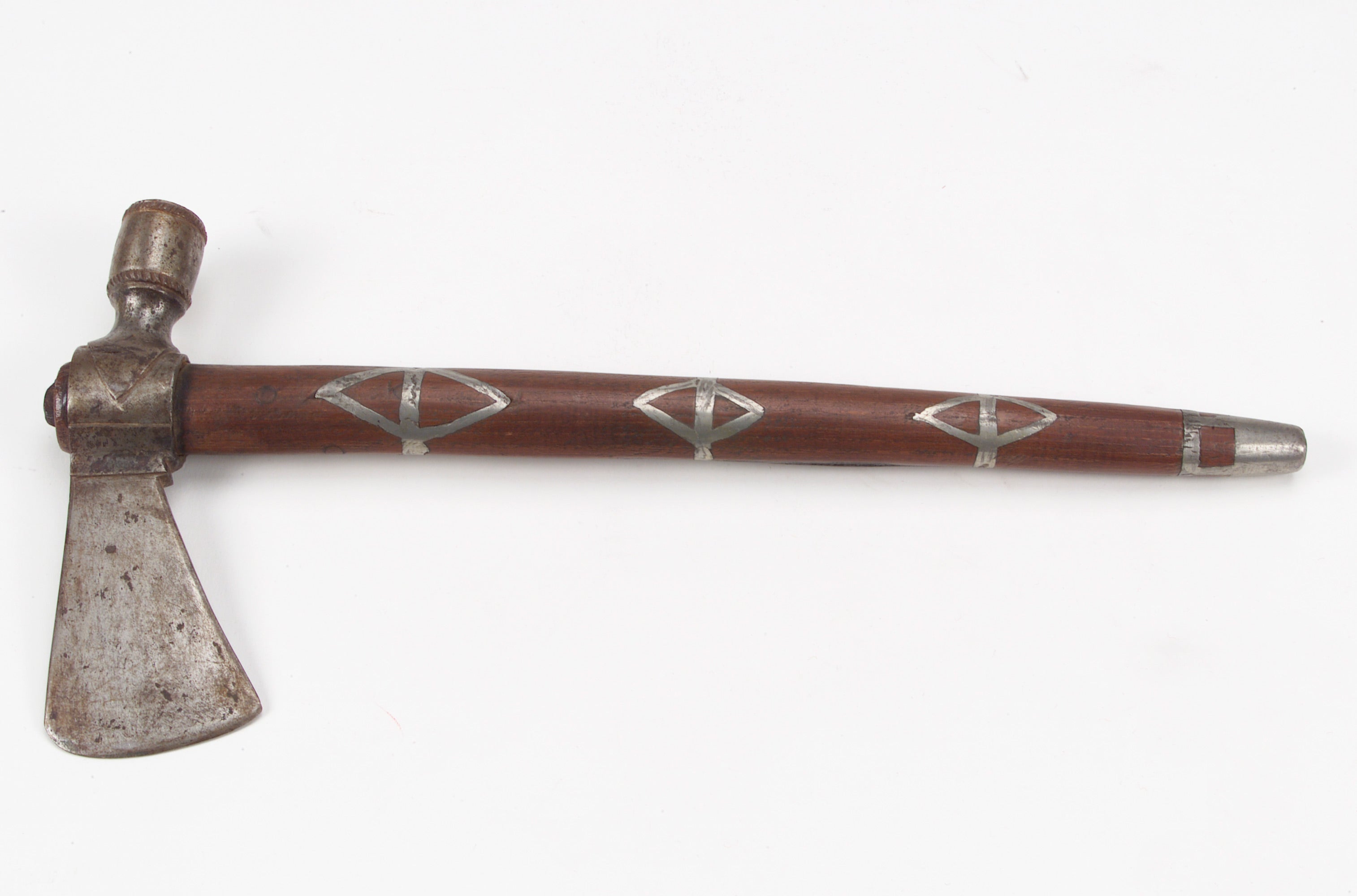 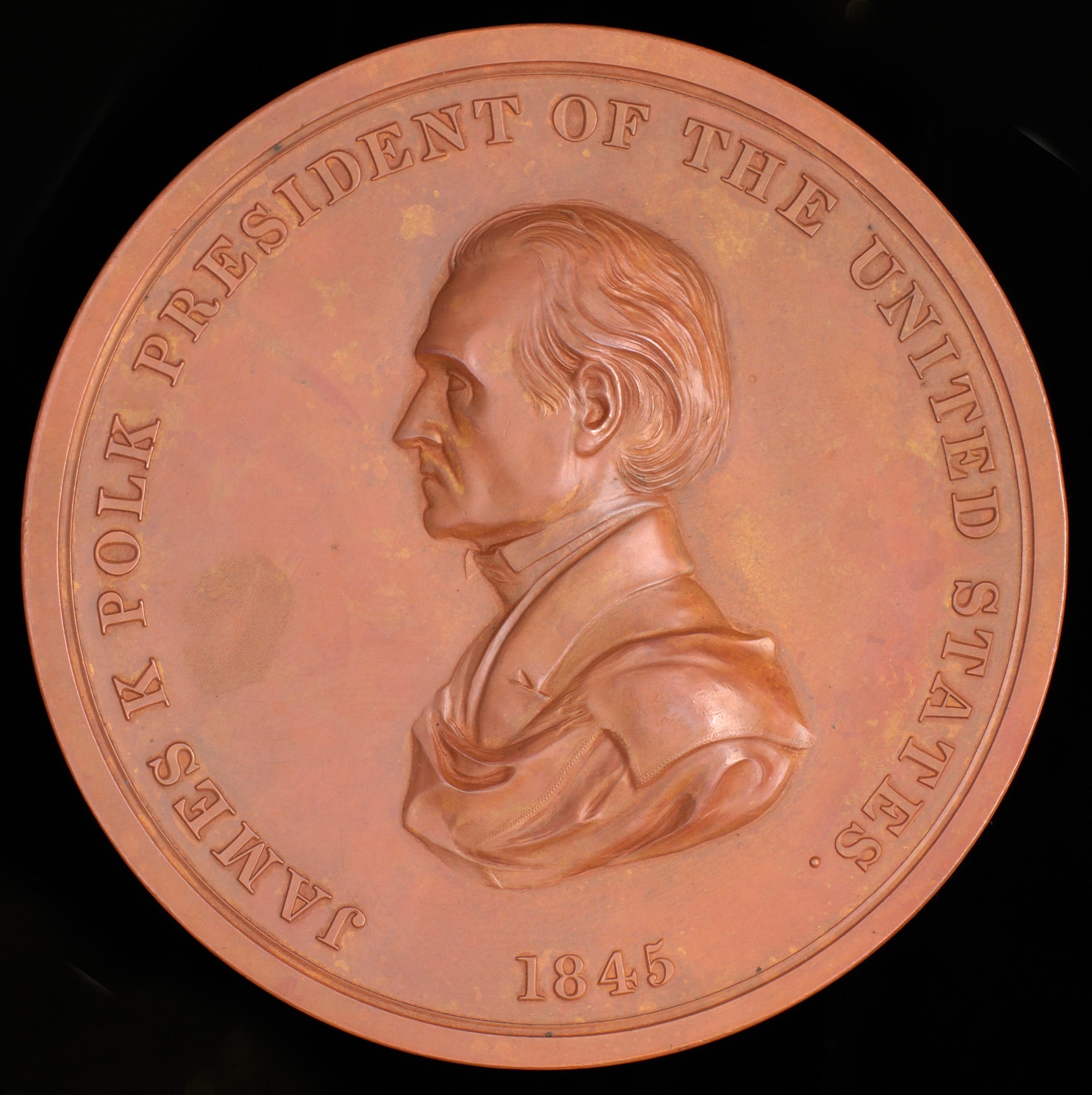 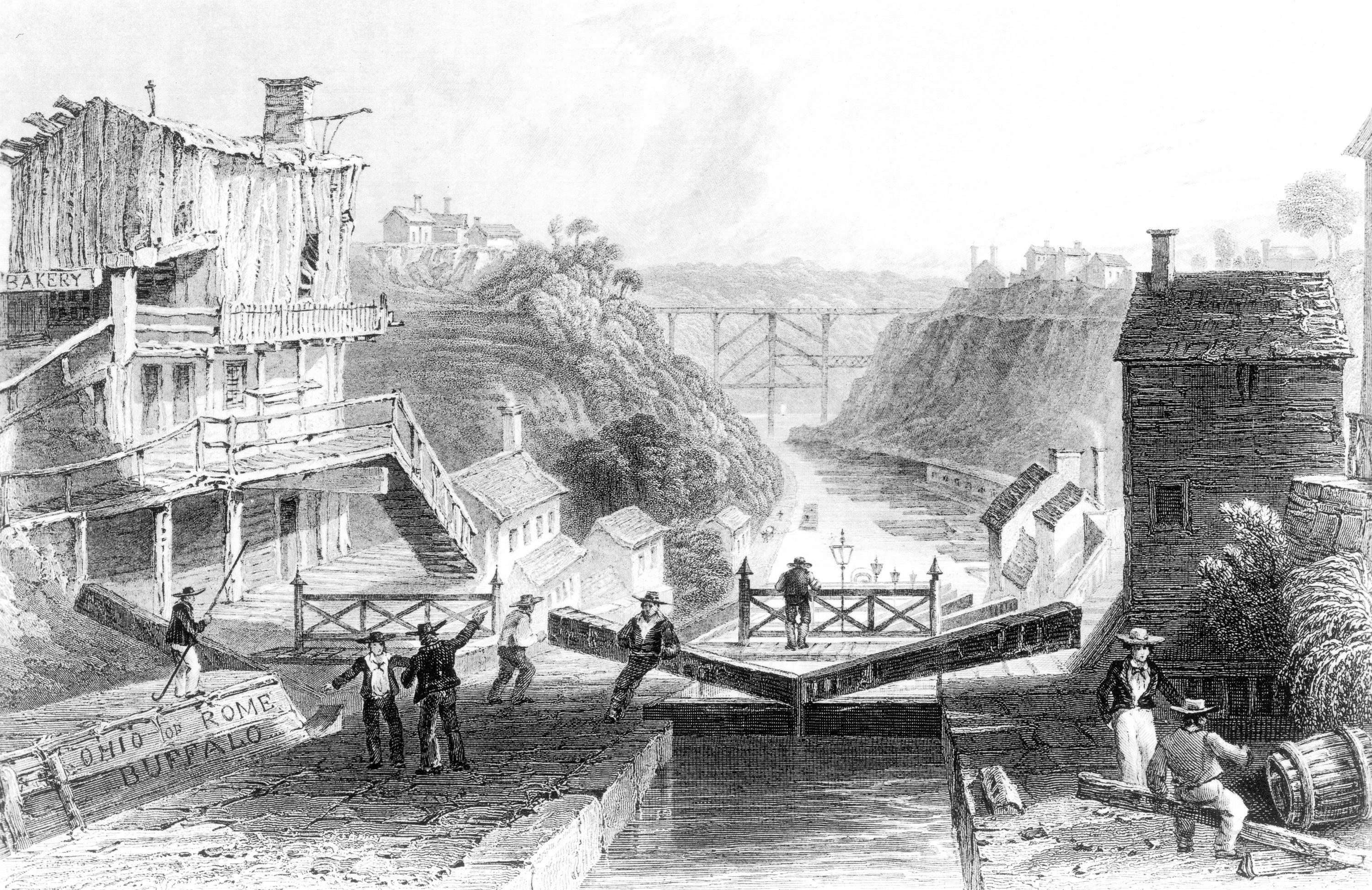 The Erie Canal, completed in 1825, provided passage from the Hudson River to Lake Erie. 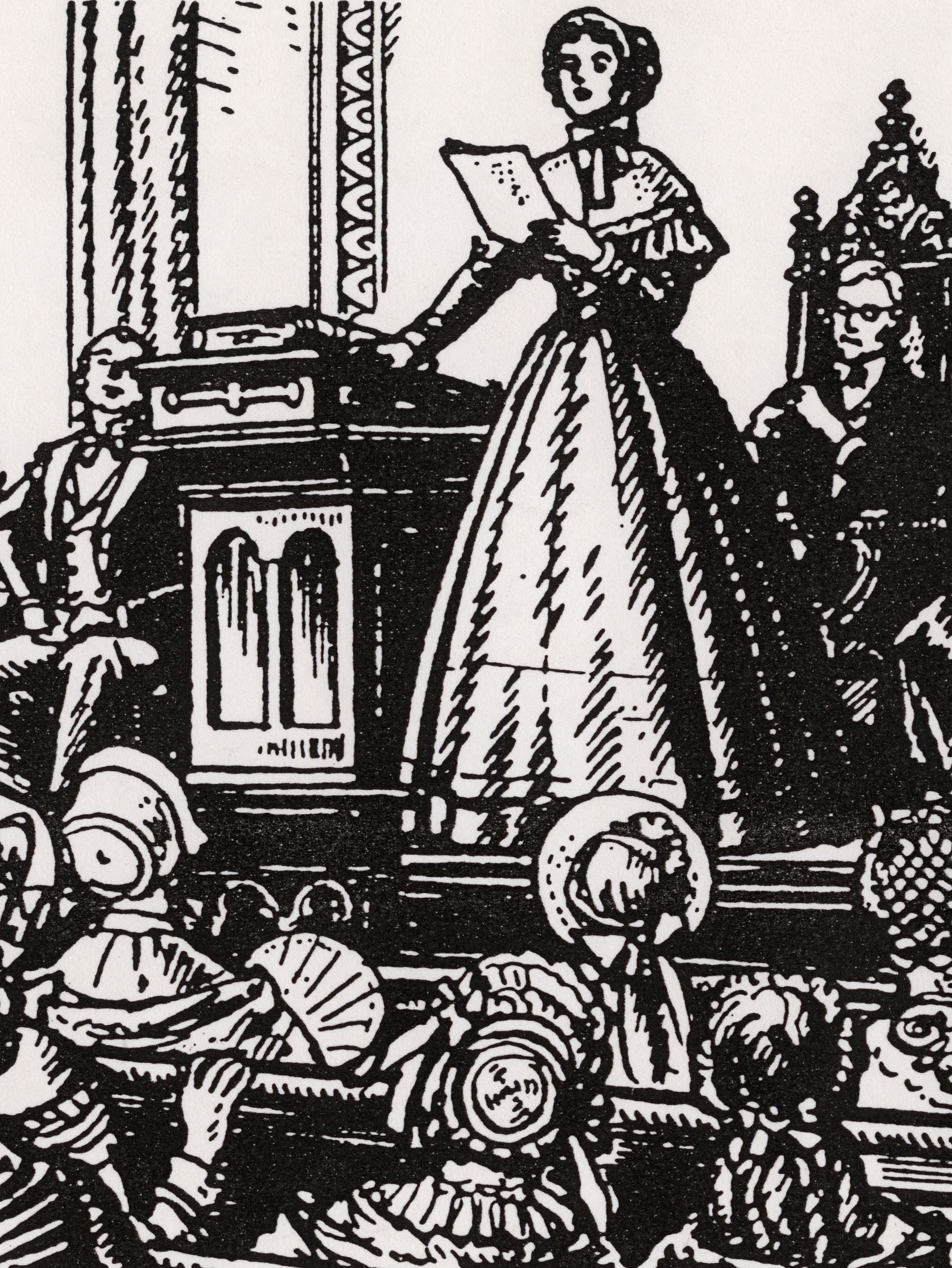 The woman suffrage movement officially began at this meeting in Seneca Falls, New York, in 1848. 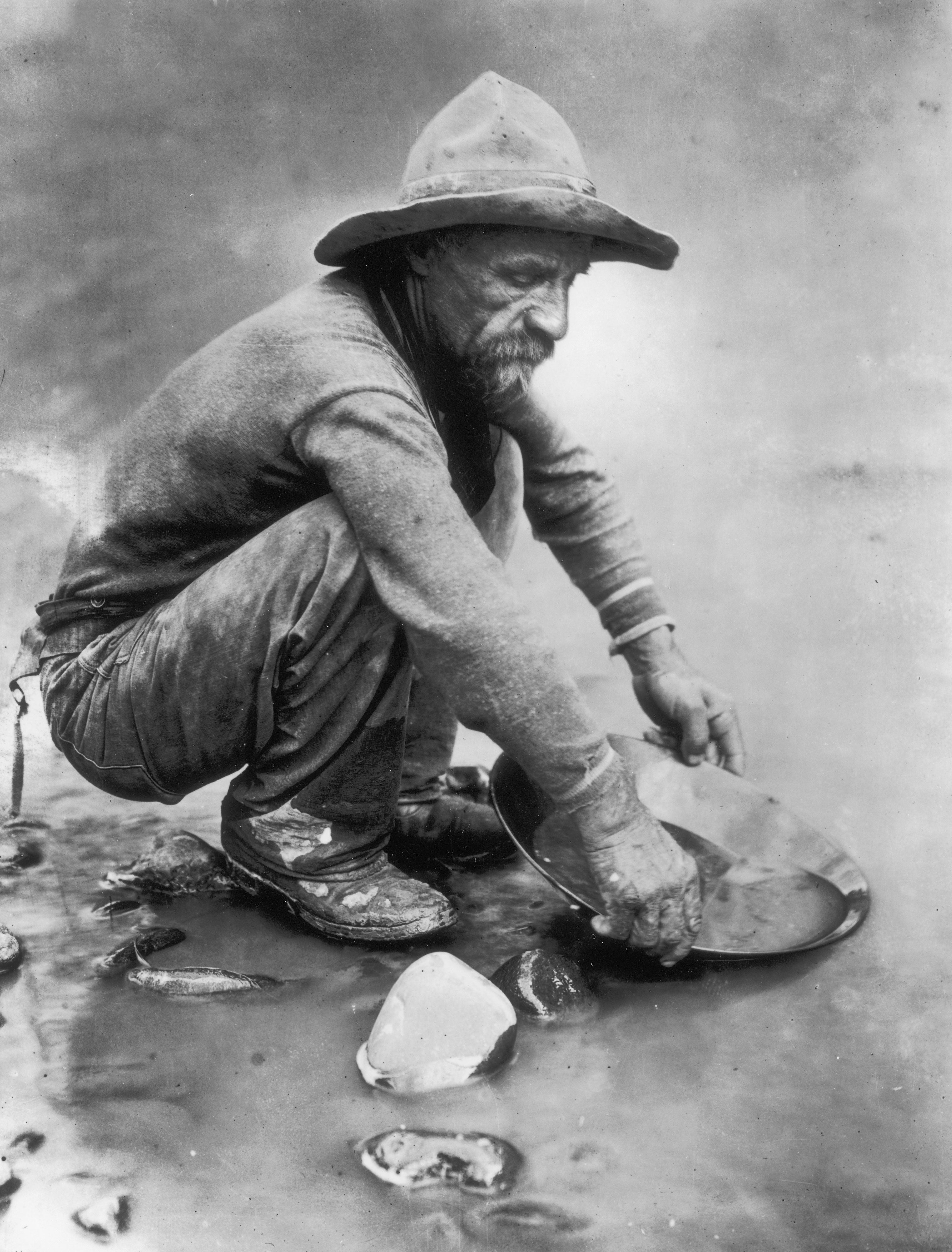 Prospectors rushed to California and Colorado following gold discoveries in 1848 and 1859. 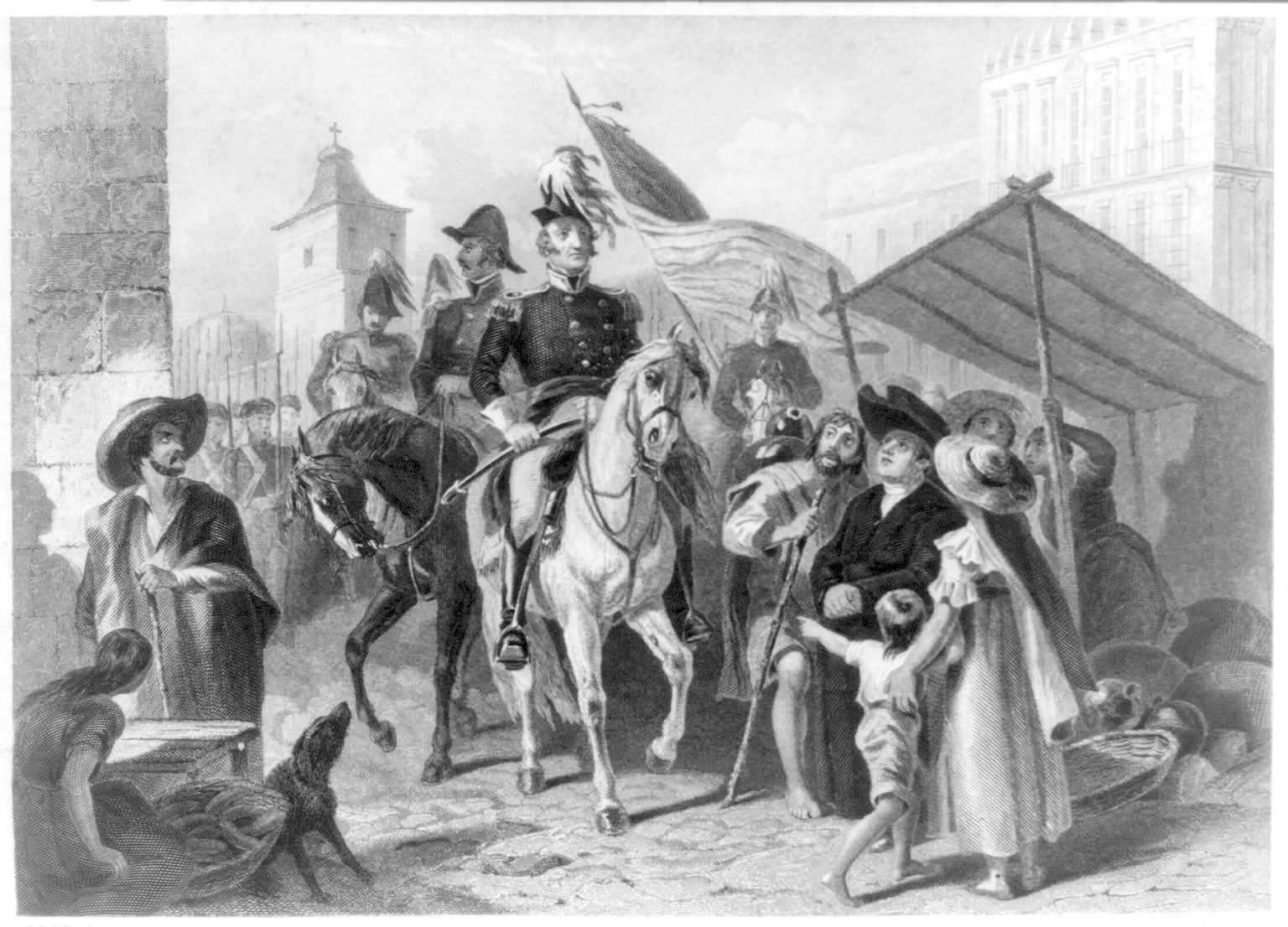 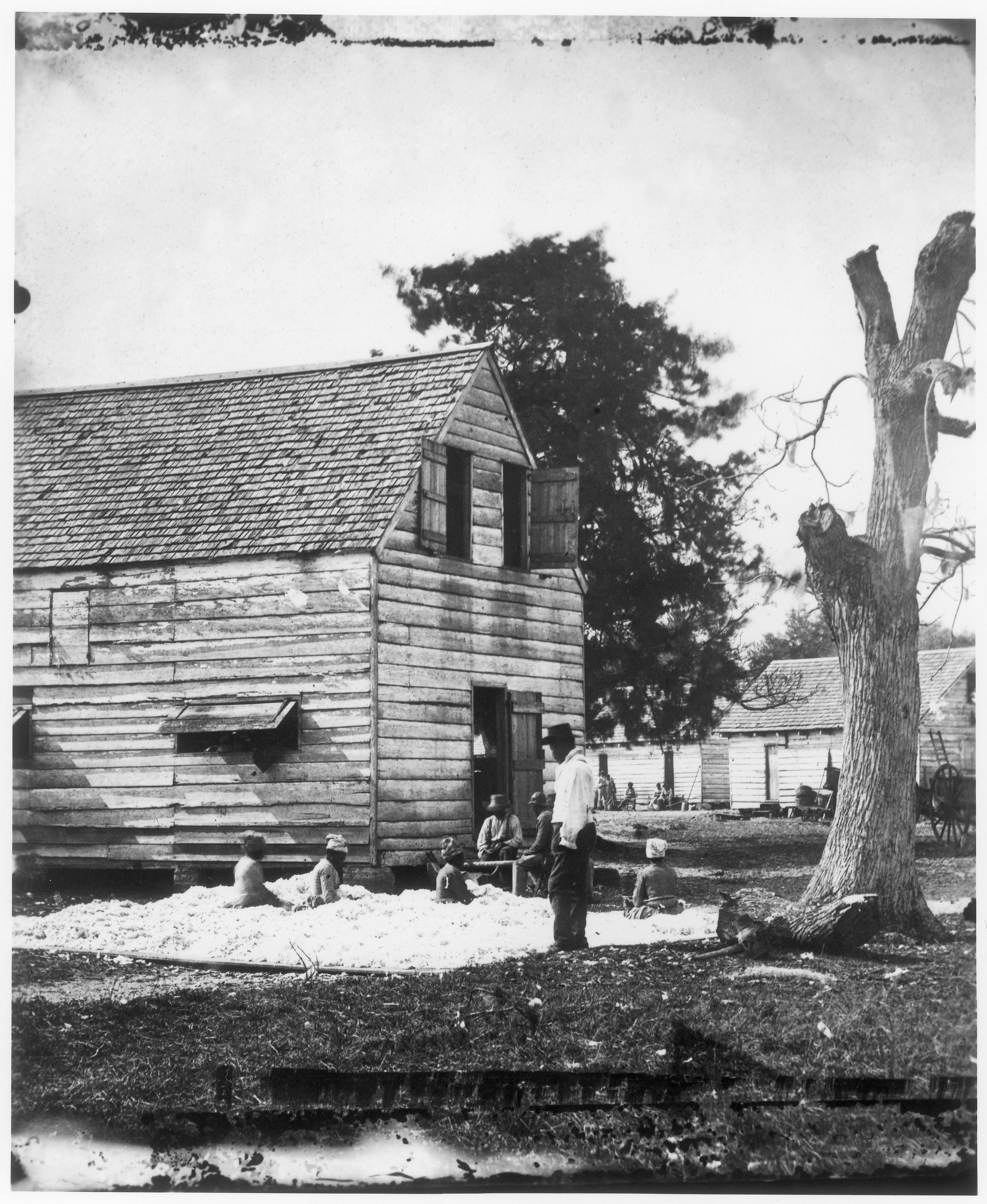 The cotton gin made large-scale production of cotton profitable, leading to the expansion of slavery. 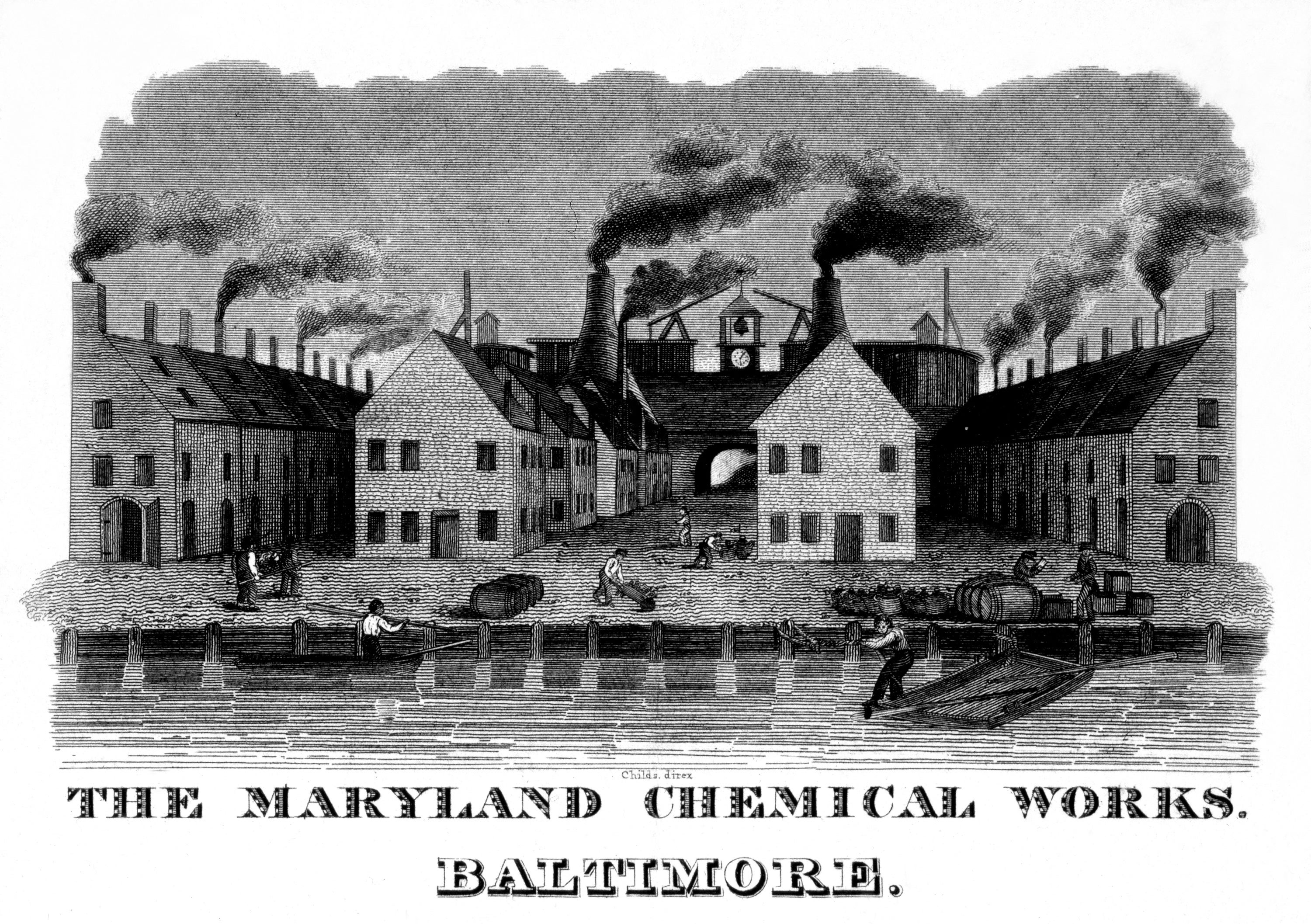 Mid-Atlantic and Northern states had abundant natural resources for industrial power and production.

In 1839, African captives on the slave ship Amistad mutinied 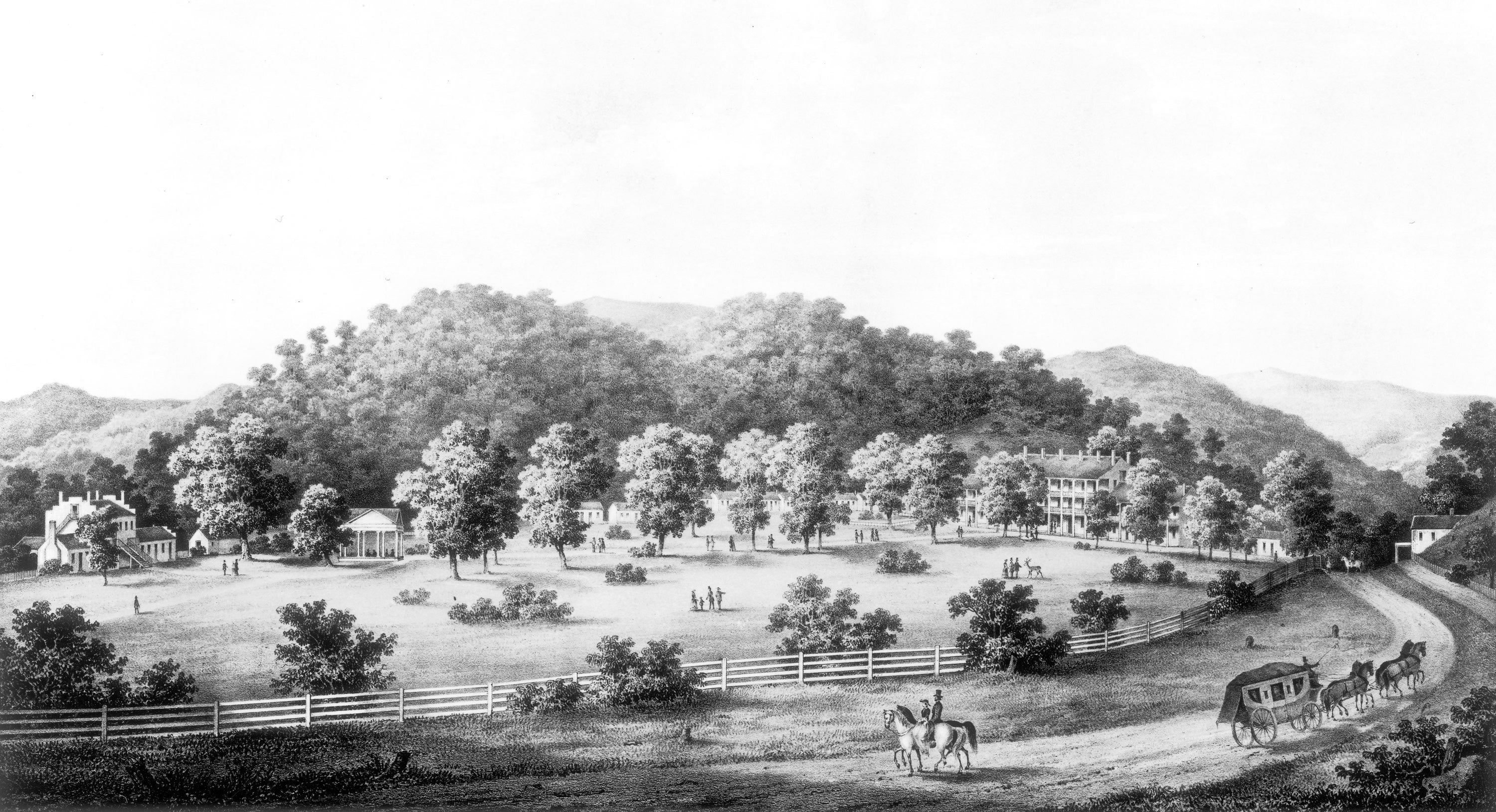 In Virginia and other Southern states 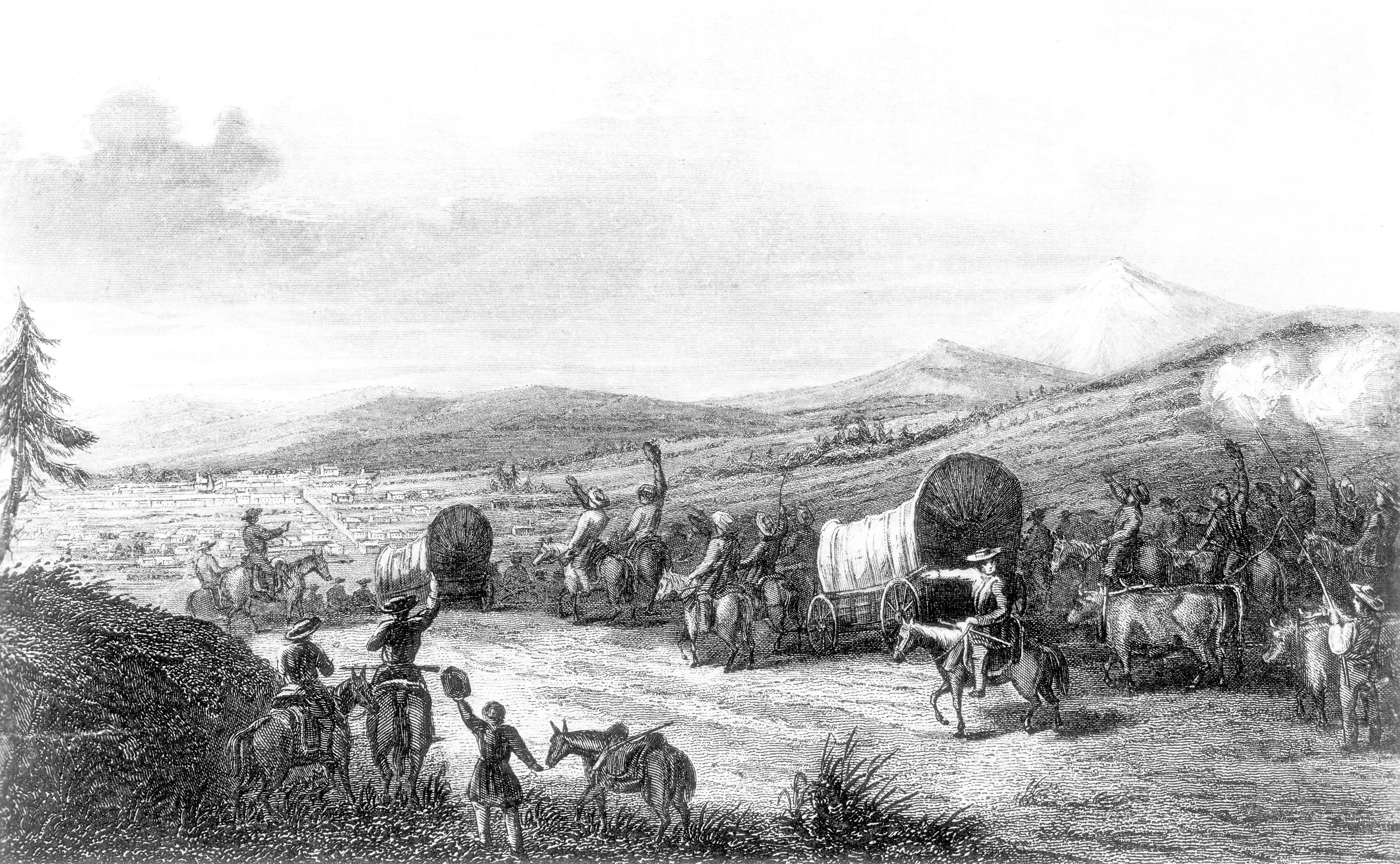 Traders opened the Santa Fe Trail from Missouri to the Southwest in 1822. 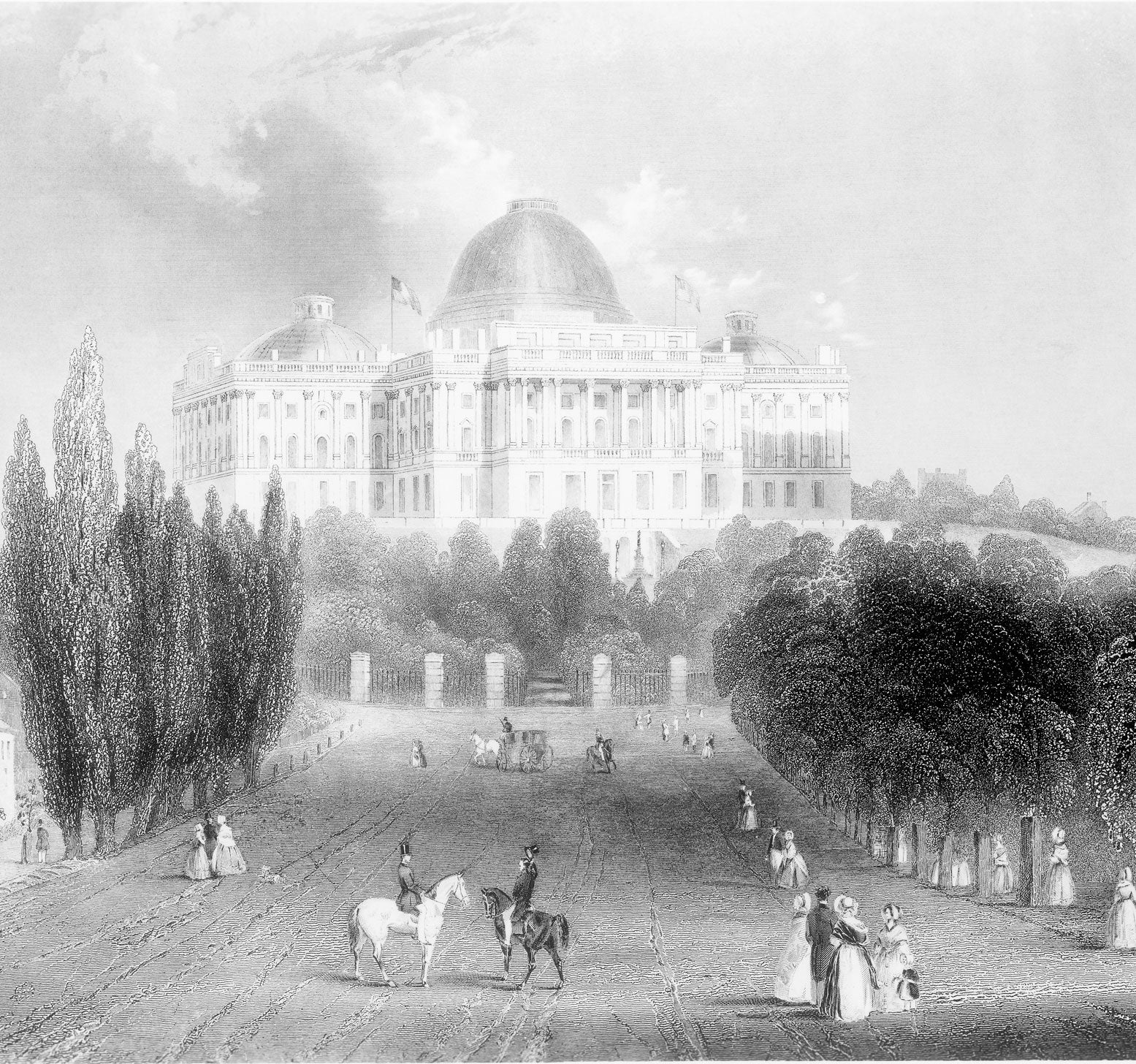 The Capitol, engraving, by Wilfred Jones, 1848
Stay in the know
Want the most up-to-date information? Join our mailing list to stay in the know.
Sign Up Now