On September 18, 1793, George Washington laid the U.S. Capitol cornerstone at the southeast corner of its foundation to mark the building of the nation's most symbolically important and architecturally impressive building. It was laid with great pomp and celebration. President Washington and his entourage of a company of volunteer artillery from Alexandria crossed the Potomac River and joined with Masonic Lodge members from Virginia, Maryland, and the Federal City (Washington). Together they marched with music playing, drums beating, colors flying, and spectators cheering to the Capitol site about a mile and a half away. Following the laying of the cornerstone ceremony, there was a celebratory barbeque and other activities. It was well attended and festivities took place until dark. This occasion signified the importance of this special place and what it represents to the American people then and now—the design of this building is rooted in an ideal ages old; that citizens can build a government driven not by the whim of a dictator, king or tyrant, but based on the consent of the governed. 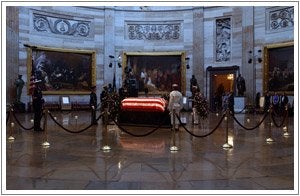 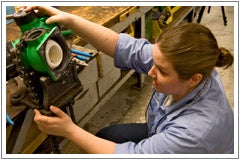 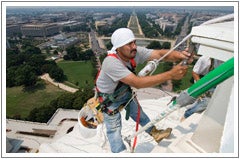